Direct hair implantation, often known as DHI hair transplant, is a variant of the FUE procedure that was first launched by DHI Global Medical Group in the year 2010. Both the FUT and FUE hair transplant techniques include the implantation of donor follicles into regions of thinning or baldness in order to stimulate growth. Before implanting the grafts, the surgeon makes channels in the scalp by cutting into it. But this is where DHI is different: doctors utilize a pen-shaped tool that is handheld to construct those channels and implant follicles at the same time during the DHI procedure.

Who needs a DHI procedure?

The most ideal candidates for hair implantations are those who suffer from androgenic alopecia, which is the most common kind of hair loss. This disorder is widely known as male or female pattern hair loss. It can affect either men or women. The presence of the following qualities also makes one an excellent candidate for DHI hair transplantation:

How does DHI hair transplant work?

The following are the stages that are involved in the procedure:

Direct Hair Implantation procedures typically last about 8 hours (the same amount of time as FUE operations), however the duration of the procedure might vary. It is dependent on the quantity of follicles that need to be transplanted. A patient with advanced pattern baldness will require more intensive therapy than someone with a mildly receding hairline would. Within a year to 18 months after your operation, you should start to notice the full results of it. 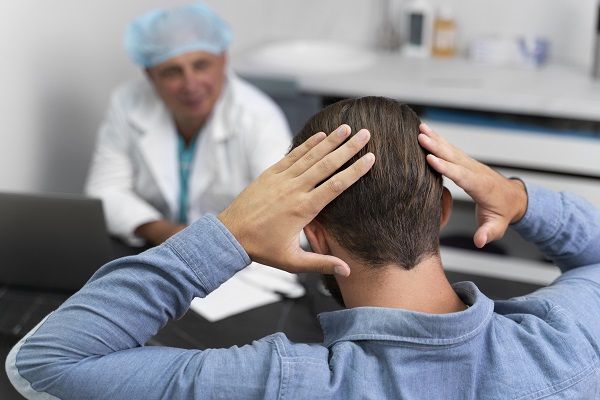 Disadvantages of the DHI Technique

Since it does not involve making cuts during the hair transplantation process, the DHI approach results in very little crusting, pitting, and postulation occurring in the recipient area after the procedure. However, patients can expect “shock loss,” a shedding of the hair that takes place during the first three weeks after the transplant; this is normal and just signals your body’s natural response to the surgery. Grafts will begin to fall out between two and three months following a DHI hair transplant, and new hair will start to grow in gradually after that. By the end of the fourth month, the regrowth rate should be somewhere in the range of 20-30 percent; by the end of the sixth month, it should be somewhere in the range of 50-60 percent; and the complete results should be seen roughly 12 months after the procedure.

How much does DHI cost?

In the United Kingdom, the cost of this treatment could range anywhere from £3,000 to $15,000. (On average). There can be a price difference from one clinic to another. The following are some of the factors that determine the costs of DHI hair transplantation:

It is possible that insurance companies will decline to cover the cost of a hair transplant because DHI is considered to be a cosmetic procedure rather than an essential surgery. Finasteride, low-level laser therapy, and minoxidil are some of the hair restoration options that aren’t surgical procedures. You can lower the cost of the procedure by either getting fewer hair follicles transplanted or going to a clinic that is located in a region of the world that is less expensive than the United Kingdom. For instance, if you get a hair transplant in Turkey rather than in the United States or the United Kingdom, you can save your costs by approximately 70 percent while still receiving care of a high standard.

When everything is taken into account, DHI hair transplants are risk-free treatments that give life-changing and natural-looking outcomes. In addition, the most recent data from ISHRS demonstrates that patients get a great deal more than a new hairstyle. The vast majority of patients who proceed with the procedure report an overall positive influence, as well as an increase in self-confidence: It is crucial to find a specialist that you can trust in order to get your hair restored, regardless of whether you intend to use DHI or one of the other treatments.